Click For All Alerts All ESNP Mtn. Bike Trails are OPEN Read On... Main Fishing Pier at Chester Frost Park CLOSED Read On... 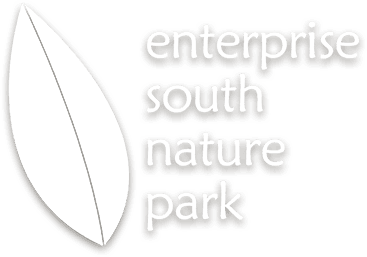 In the late 1930s' and early 1940s, with the limited capacity of United States plants to make explosives, the Army Ordnance Department developed a plan to build ammunition plants owned by the government but operated by a civilian contractor. In February 1993, The Army began assessing procedures for disposal of the property and in February 1998, the Government Services Administration approached the City and County about their interest in acquisition of the site.

After a length Public Planning process and develop the Park's Master Plan, construction of the Nature Park finally began in 2006 with the park open to the plan in December 2010, and the park was opened to the public in December 2010.

Enterprise South Nature Park is situated on 2,800 wooded acres that were previously a part of the Volunteer Army Ammunition Plant property. The property's heritage has been preserved in the concrete magazines used to store explosives during the days TNT was manufactured on the site. The Park offers miles of walking paths, bicycle paths and off-road biking trails:

Several acres for picnics along with a small lake attract deer, turkey and other park inhabitants giving visitors an opportunity to view wildlife in their natural setting.

Deemed as threaten or endanger plants by federal state governments, the large flowered skullcap and the pink lady slippers are protected feature within the park.